Invariance of the Speed of Light.

If we take what we already know about how laws came about in our justice system, then we know that only intelligence can bring a law into being, establish it, and some how enforce it. If you look at the laws as a formula of sorts because each law is balanced to work together. Then you also know that formulas can only be worked out by intelligence. If you look at the laws as something that cannot be broken by man, then you would also have to realize that the laws were set by something more powerful and more intelligent than man. More powerful because man can do nothing to change or bend them.

And the conclusion is that naturalism in no way can fit into achieving making any law that exists come into being. The laws themselves defy a natural existence and science itself has not even one clue on how to explain them coming into being naturally. So when you use deductive reasoning, cancelling out all that does not fit or will not work, there is only one conclusion left that fits the bill of why the laws exist, and why they work together to make order instead of chaos.

Deny it as naturalist may, their way if thinking cannot explain away a Creator creating the laws that exist and the fact that they create order instead of chaos. That they are put together and tweaked to be in balance like a formula making everything work together to create all that we see. Always ignoring that even one notch off in how one law works with another that total and complete chaos would be the result. And that they cannot even contemplate the first step in an explanation that would fit their world views.

When all conclusions fit and point into one direction only, what is science supposed to do? According to the scientific method you are supposed to follow the evidence regardless of where it leads, not ignore it because it leads to where you don;t want to go. But science refusal to follow the conclusions of the only things that make sense here is proof that science is not really about finding truth where ever it may lead, but making everything that exists or is discovered conform to what they have already accepted as truth.

Proof? Evolutionists have already exalted their idea of their theory as being a true proven facts with mountains of empirical evidence. They even went as far as to exalt this theory of theirs to being a Scientific theory. The problem here is that there is really no criteria that the theory had to meet to graduate to this level. Nothing. They cannot give us a 1 ,2 ,3 criteria on what the theory had to do to reach this status or the supposed evidence that took it over the top, and how it would maintain this status. How does one know that evolution still meets the criteria of being a scientific theory when evidence for and against are found all the time? And evidence gets proven wrong or found to be fraud but some how the theory of evolution holds to a criteria that is not even clear or written?

This is what happens when a person becomes a hero unto the people. They exalt him to a status that he may not be worthy of, and make positive claims about him that are not even true just so they can look up to him as their hero. And they will protect their hero and anyone whom disagrees becomes their enemy. This is what has happened to the theory of evolution. It has become the atheist hero in the plot to justify their disbelief in God. And because the idea is their hero it will be treated as such and becomes something the atheist can look up to whether it meets the criteria or not. And it is protected against all whom would dare to disagree, and those whom disagree become the enemy for that very reason. Why do you think atheists who believe in evolution hate all creationists when they have never met them? The hero complex of evolution requires them to do just that. 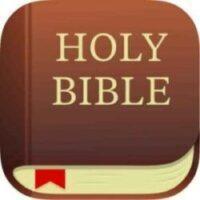